Introducing, as he announced himself, Mayor Twanky designate

As expected the ruling Group of Councillors voted through one of the highest Council Tax increases in London and awarded some of their colleagues 50% increases in some of their pay rates. Waldorf and I will be picking that up later, especially issues regarding the so called 'independent' pay panel.

But in the meantime, to keep you entertained, we introduce Barnet's next Mayor designate (assuming the Conservative Councillors make it on time to the Town Hall at the Annual Meeting) - Mayor Twanky. 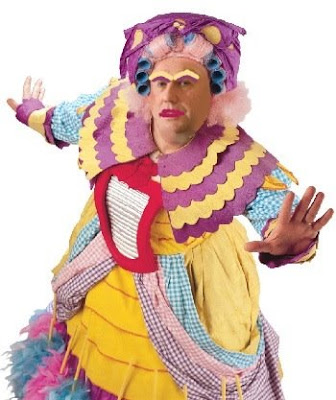 P.S. Would someone be kind enough to forward this to Councillor Coleman as he doesn't read our blog
Posted by Statler and Waldorf at 12:44 PM