Boland Bounces from Barnet to Boris 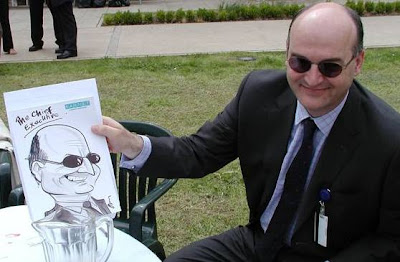 Our old friend Jim Dunton from the Local Government Chronicle has written an article claiming that GDfB's big boss, Leo Boland, is off to work for the Greater London Authority as Chief Executive.

Rumours have been flying around that Mr Boland wanted out for some months and Councillor Lynda Hillan is reported to have recently expressed concerns that the GDfB's bureacratic officers were out of control.

It's a mystery to us why he states at the end of his piece,

LGC understands that several London chief executives approached to throw their hats into the ring for the GLA job declined.

We are sure that others, having seen that Leo was applying, were intimidated by his talent. It's not as if Mr Boland would be the third person to hold the job in 6 months is it?

Word reaches us that the negotiations have been very testing, lasting several weeks. Concessions were made to Mr Boland including a 60" Plasma screen (50" wasn't big enough) and a £1,400 laptop set up (as all Barnet officers now have).

Sources close to City Hall suggest the sticking point was over a taxi allowance. Brian Coleman clearly used his magic to resolve that one.

We wish Mr Boland very well in his new job and wonder how many weeks it will be before embattled Councillor Michael Whitney Freer promotes Mr Brian Reynolds to fill the gap.
Posted by Statler and Waldorf at 7:47 AM